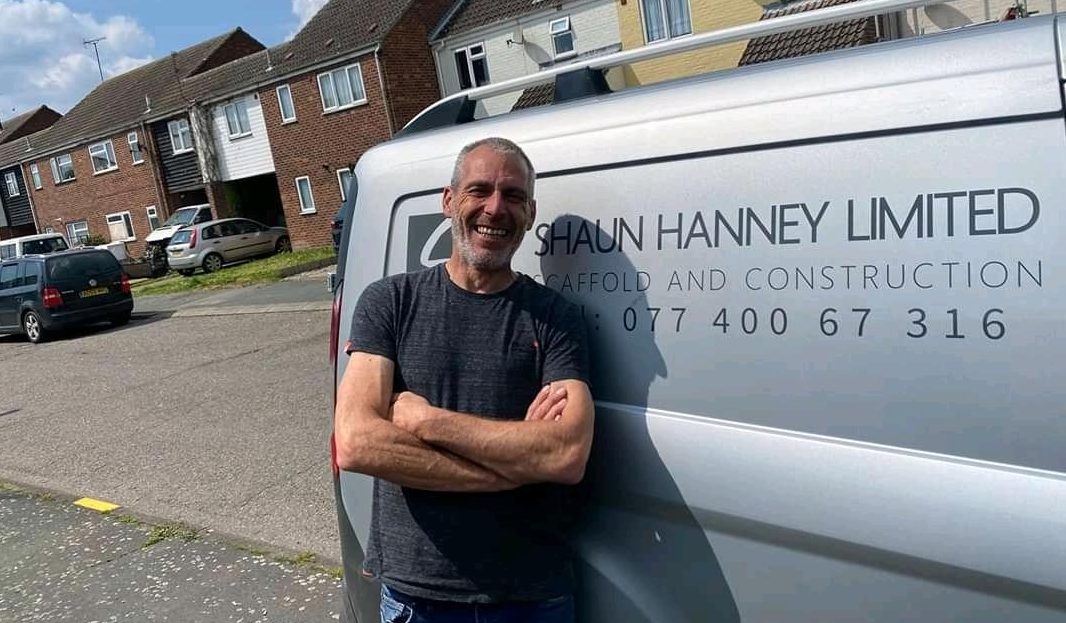 A couple who were left homeless after a fire destroyed their home are one step closer to moving back in. Tracy and Mark Booth, from Heybridge, were forced to sleep in their garden after their home was destroyed by the blaze last month.

Firefighters were called to the house in Hunt Avenue where crews reported a fire in the first floor and roof space. Crews worked for three hours to put out the blaze, which caused extensive damage to the first floor.

Now, the community has been working together to help Tracy and Mark rebuild their home.

Tracy said: “Scaffolding is up and donated by Shaun Hanney Scaffolding of Colchester and the roof should be going up later this week or early next week.

“We have offers from plasterers, builders and electricians all sourced by a wonderful stranger and now friend Peter Dutch who runs the Anti Loo Roll Brigade Colchester, which was originally set up to help the vulnerable during the Covid crisis

“Marks colleagues at Just Ask have donated skips, manpower and tipping services and raised almost £2000 for us.

“We are still so totally blown away by people’s kindness and generosity. Now they have given us a light at the end of the tunnel and things are moving forward, seeing the scaffolding go up alone has given us a tremendous lift.

Our neighbours Betty and Ray Anderton have been a huge help to us, as has their daughter Julie and husband Gavin.

“Their support has been a massive help.

“So all in all things are looking up. Mark and I cannot begin to thank people enough for their ongoing kindness.”