ScaffStar 2022 Awarded to our very own Callum 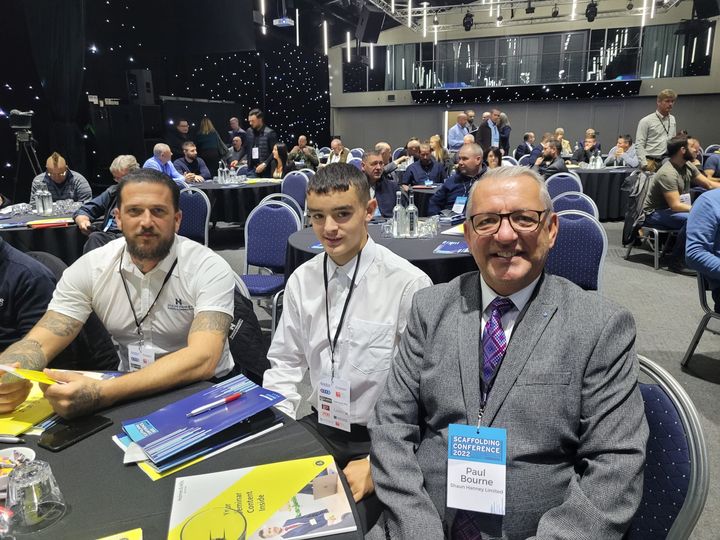 Congratulations to our Callum Johnston who received a #ScaffStar award at the National Scaffolding Week Conference 2022!

#ScaffStar is a campaign launched by National Scaffolding Week to find the heroes of the scaffolding sector.

Callum was nominated for the following reason:

A brilliant young man with an outstanding attitude to his work. Having reached out to us with aspirations of becoming a scaffolder, Callum was taken on as a yard operative part time to fit around his college work. Callum would attend college during the day and make his own way to our yard every night and work until 19:00. Callum expressed interest in becoming a scaffolder – right away we booked him on his Health and Safety for Operatives exam. Some people are made to be scaffolders and Callum is one of them!

After failing his first two exams, rather than getting disheartened, he still came to work everyday and grafted hard. Callum explained to us he was struggling with his revision and was unsure whether he was going to be able to pass his test. After two days in the office with revision help from the team, he was booked onto his test again, this time he passed with flying colours and was extremely proud of himself, as were all of us! He has now completed his one day health and safety course and also his cots course!! Callum is well on his way to becoming a scaffolder and we are extremely proud of his hard work ethic and dedication! We believe Callum deserves to become a scaffolding star!